If you are interested in how to unlock all six characters in Super Mario Run , we will tell you how to do it you can also super mario rum mod apk. Mario himself is unlocked from the very beginning, which I think is understandable. Toad can only be opened when entering the game through a Nintendo account , but the rest of the characters need to be opened as the game progresses, fulfilling certain conditions, including in a rally with toads. Here’s how to unlock each of the characters that have their own advantages, which also affect the gameplay:

Toad:
Link your Nintendo account with Super Mario Run and Toad will instantly be available as a free reward in Nintendo Rewards. On the screen of your kingdom, the Toad will be the first reward; you will see it there. Select it, then scroll down and click get. It will cost you zero points. Toad moves a little faster and from the start it is already big, i.e. in case of a collision with a mob, it will simply decrease in size.

Luigi:
You need to build a house for Luigi in the kingdom. It costs 150 green Toadav and 150 Violet Toadav, you can get them in a rally with toads. In this way, you will certainly lose a lot of the inhabitants of your kingdom, but Luigi is worth it, he jumps higher than other characters, thus he may fall into some places not previously accessible to other characters.

Yoshi:
Companion Mario, and sometimes his transport can be unlocked, if you collect 30 red Toad and 30 Green Toadav, to build his house.

It is not at all difficult to get these Toadav if you regularly participate in the rally. after the construction of his house, Yoshi will become available as a game character. Yoshi’s peculiarity is that he can flutter in the air, which will allow him to collect higher-placed coins, as well as climb on previously inaccessible platforms. In order to float in the air, it is enough to hold tap.

Princess Peach:
You can unlock this character if you release it from the clutches of the fire-breathing dragon during the game. Princess Peach’s special ability is her long jump. By pressing and holding the jump, she moves smoothly forward.

Toadette:
Toadette can be the most difficult unlockable character because of the large number of Toadav required. You will need 200 red, 200 blue, 200 green, 200 purple and 200 yellow to unlock this pink Toad. You will also need a huge cake that the Princess requires and the whole Toadav list to build and unlock Toadette. This is sure to be the most difficult challenge in the game at the time of its release. 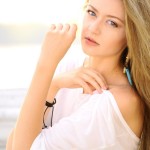